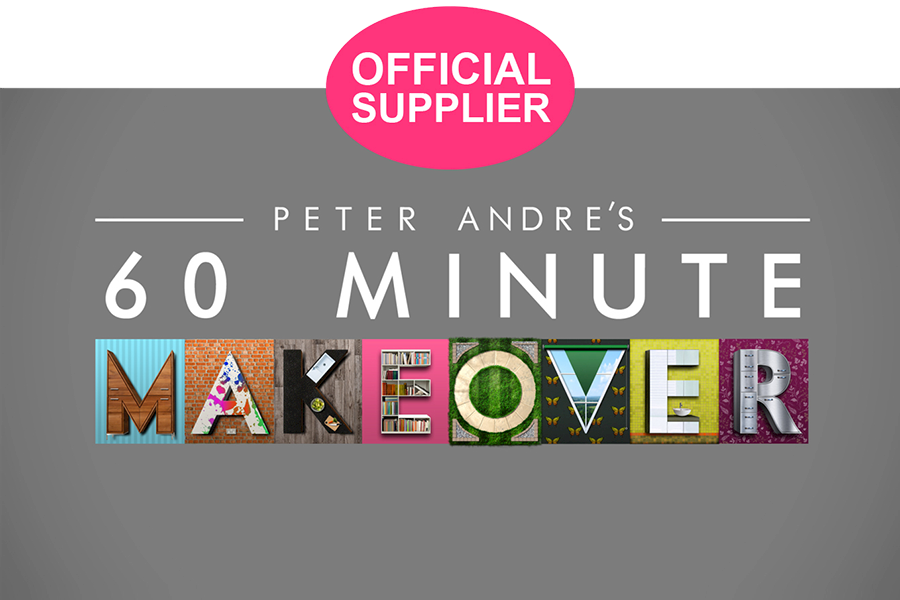 Being a small family run business the last thing we expected in the middle of August 2017 was a phone call from the ITV television studios 60 Minute Makeover team! The team’s interior designer, Anna Ryder Richardson, had been browsing our website and was impressed with our choice of curtain poles. Anna had asked the team to contact us and see if we would donate 2 pole sets that would work perfectly for a couple’s home she was re-designing. More information was provided about the homeowners who were carers of their daughter, a victim of Leukaemia when she was only 7 years old. Their daughter pulled through and the family recovered, however when they were half way through renovating their house the mother was diagnosed with breast cancer. Following this the father also got cancer. Both parents had a tough time and despite this spent a lot of their own time raising money for cancer charities. Their daughter wanted to treat them by getting the 60 Minute Makeover team to fully transform their house. We helped by donating a couple of Universal 28mm Crackled Glass in stainless steel at 300cm curtain poles as a gift knowing that these will make a massive difference to the room interior. The crackled glass finials are perfect if you want to add a touch of glamour to a living room and Anna nicely dressed the pole set with some light weighted pinch pleated silver with white print curtains. These curtains were of a long drop and were hung from ceiling to floor. A perfect curtain pole set with the right curtain weight made the room look airy and modern.

We were approached again in September for a second pole set. Of course we said Yes! Especially after being told that the homeowner was an ex-police officer who was tragically stabbed in the line of duty. This led to health implications causing him to give up his job that he loved and lived for. Despite the health problems he faces daily he ceaselessly raises money for charity and volunteers within his local community. His ex-colleague had organized the 60 Minute Makeover team to surprise him one Friday with a full home makeover.  Interior designer Ben Hillman requested a set of satin silver simple poles and we agreed to donate 2 of our Speedy 28mm Sphere satin silver curtain pole sets at 200cm length. The finials on this pole set are rounded and its simplistic design matches any curtain style. A velvet blue set of curtains were used to hang from this pole set ideal for light to medium weighted curtains. A perfect match curtain for a simple but attractive curtain pole set.

Our third donation in October, involved a tricky 5 sided bay window. This time the Interior Designer Linda Barker had requested a pole set to fit an awkward bay window with angles that only a track would curve into. After receiving the measurements and the choice of pole colour and finial design, we managed to supply a 28mm Speedy 5 wided bay window pole kit bespoke to the unusual bay window with corner joints to fit flawlessly into the awkward angles of the bay. The makeover this time was going to be for Debbie, an extremely caring and generous lady who has spent 30 years working and caring for her son who has Down syndrome. She founded a football club for disabled people in the area and dedicated her time to coaching the team, running the club and organising day trips for the players. She sadly suffered a stroke 4 years ago and has since become wheel chair bound. The 60 Minute Makeover team wanted to recreate her downstairs space into a new living area for herself with a private bedroom and a beautiful living space to relax in. We offered a satin silver 5 sided bay window kit to fit her window space which was decorated with a set of perfect plain cream pinch pleated curtains of medium weight. The Speedy 28mm bay pole kit was fixed snugly into the window space and the curtains hung effortlessly from the pole.

Free delivery on all orders over £100

Get in touch - we'd love to hear from you!

View our special offers and get yourself a great deal.
s